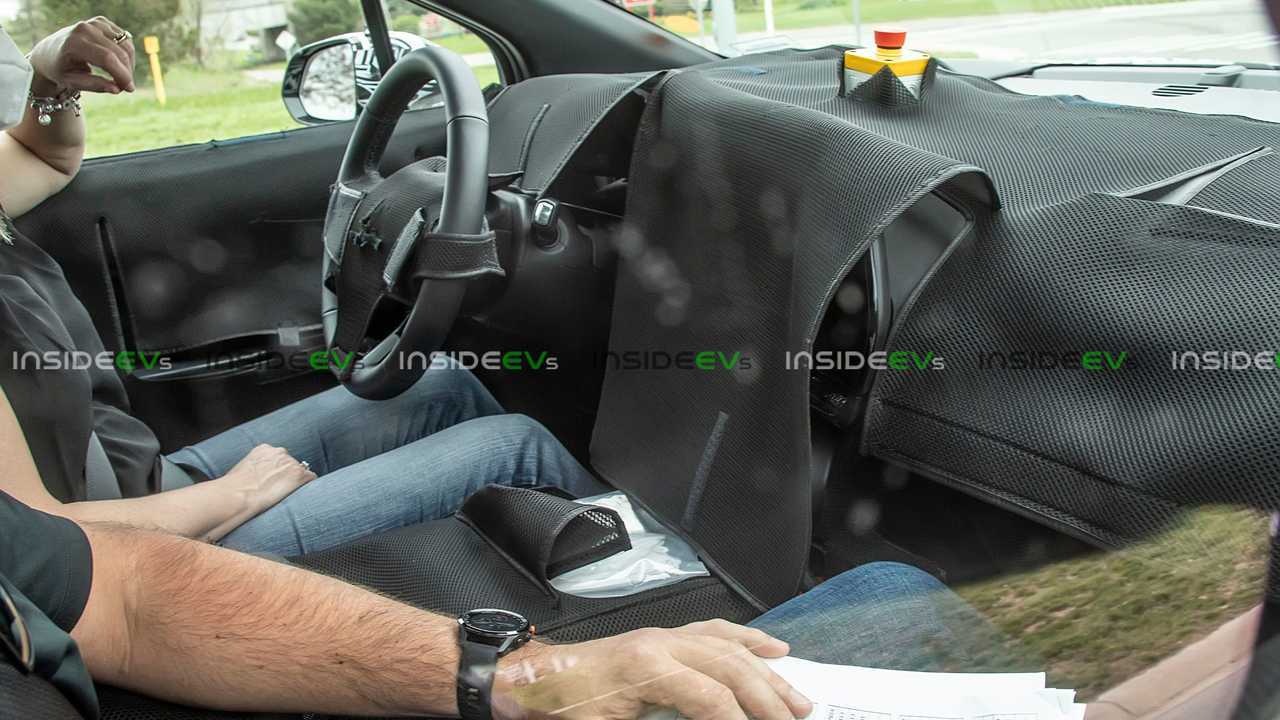 Automaker are often caught (usually by spy photographers) testing upcoming models alongside the vehicle they will face on the market. Teslas were usually the preferred vehicles to benchmark EVs against, but our spies just sent us a batch of photos showing two Chevrolet Blazer EV prototypes testing alongside a future rival, the Volkswagen ID.4.

Even though the vehicle looks like it has a really stretched wheelbase and it appears bigger than the ID.4, it will likely serve as a direct rival for the Volkswagen, as well as the Tesla Model Y, Volvo XC40 Recharge and other crossovers of this size.

We don’t exactly know what underpins the Blazer EV, but it’s certainly not the same platform from the gas-burning Blazer – their proportions are just too different and there’s one in the gallery below, which was part of the test convoy. In mid-April, the first spy shots of the Blazer EV emerged, and now with this new batch of photos, we also get our first look at the vehicle’s interior (although it’s not a very good look because it’s mostly covered).

What we can say about the interior is that it features what seems to be quite a low and sporty driving position, especially for an electric crossover. It also looks like it has quite a high center console and tunne, with clearly defined spaces for the driver and passenger, further hinting at the vehicle’s sporty character.

Back in October, GM president Mark Reuss had this to say about the upcoming Blazer EV:

“We also have a Blazer EV that will be an affordable, high-volume entry as well. And we’re working on something else even below those from a price standpoint, but we aren’t prepared to discuss the details of that quite yet.”

In March 2022, Chevy offered a first glimpse at the electric Blazer in SS performance guise. We didn’t get to see too much of it, though. The short video only showed the charging port with a motorized flap, the front fender and the sporty six-spoke alloy wheels featuring SS badges. Chevrolet didn’t reveal more at that time but said the 2024 Blazer SS would become available in spring 2023. We expect the SS version to be followed by cheaper variants of the electric Blazer.

P46T Piper Meridian MQI to IAD. ICING into IAD and how I handled unusual ATC routing.

Success In The Bag

95% of Major US Cities are Now Unaffordable