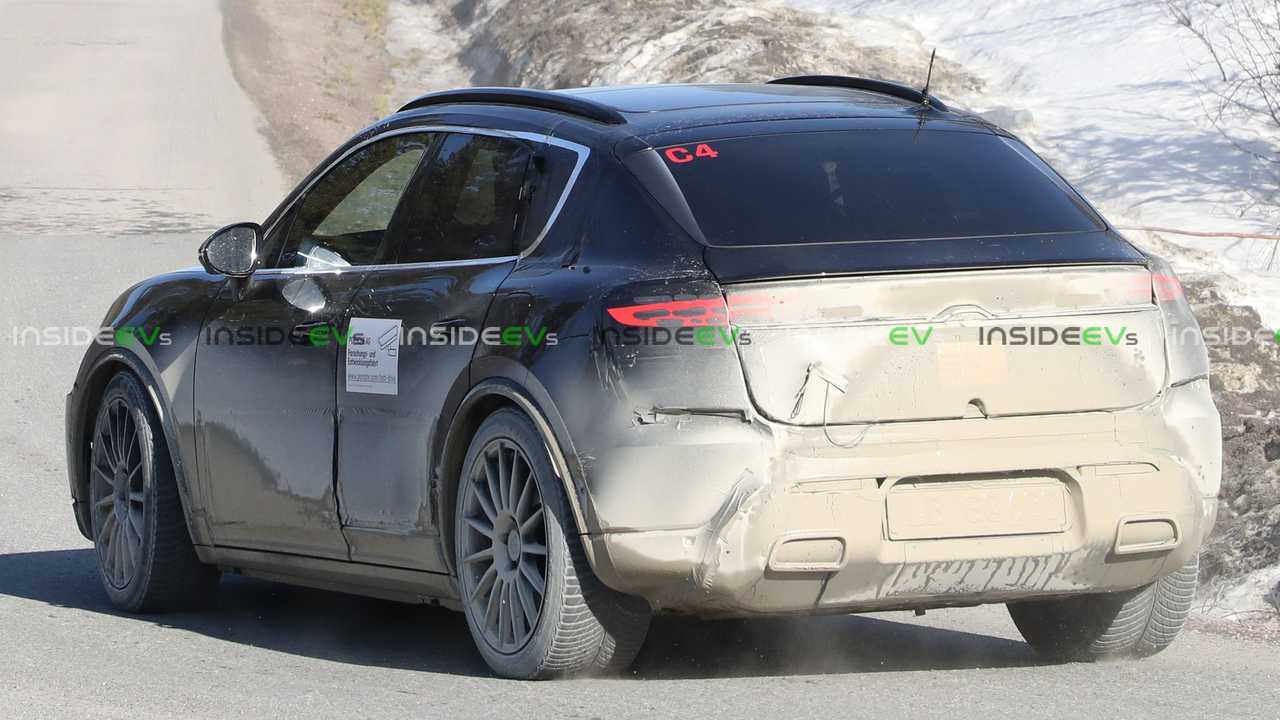 Porsche has been testing the all-electric Macan for months now and it has not shed a lot of camouflage, so we still can’t get a clear idea of what it will look like. In the latest batch of photos sent to us by our spies, though, we not only get our first good peek inside, but we can also spot the two types of front bumper, for the standard and ‘Turbo’ model.

Most of the prototypes appeared to have the Turbo style bumper, with the larger and more aggressive intakes that extend further down the bumper. The lower part of the bumper appears to be the same for both versions, although this may change in the final production vehicle.

No matter how hard Porsche has tried to fool us with the shape of the C-pillar and the sloping fastback-style roof, it always looked too out of place to be the real thing, even on older prototypes with more camouflage. In these new photos, we get a clear view of the roofline and pretty much the entire vehicle, leaving only the exact shape of the rear light bar to the imagination.

The interior appears similar to the Taycan’s, with a curved driver’s display, a mix of physical and touch controls on the central tunnel, as well as a familiar current generation Porsche steering wheel. The start button is still located in the traditional position, to the left of the wheel, while to the right will be the transmission controls.

The electric Macan will share its underpinnings with the Audi Q6 e-tron, but not much is known about the platform, powertrain and battery pack at the moment. It will run on an 800-volt architecture, so it should be able to deliver impressive charging speeds of up to 270 kW or maybe even more by the time the vehicle debuts in 2023 for the 2024 model year priced from around $80,000.