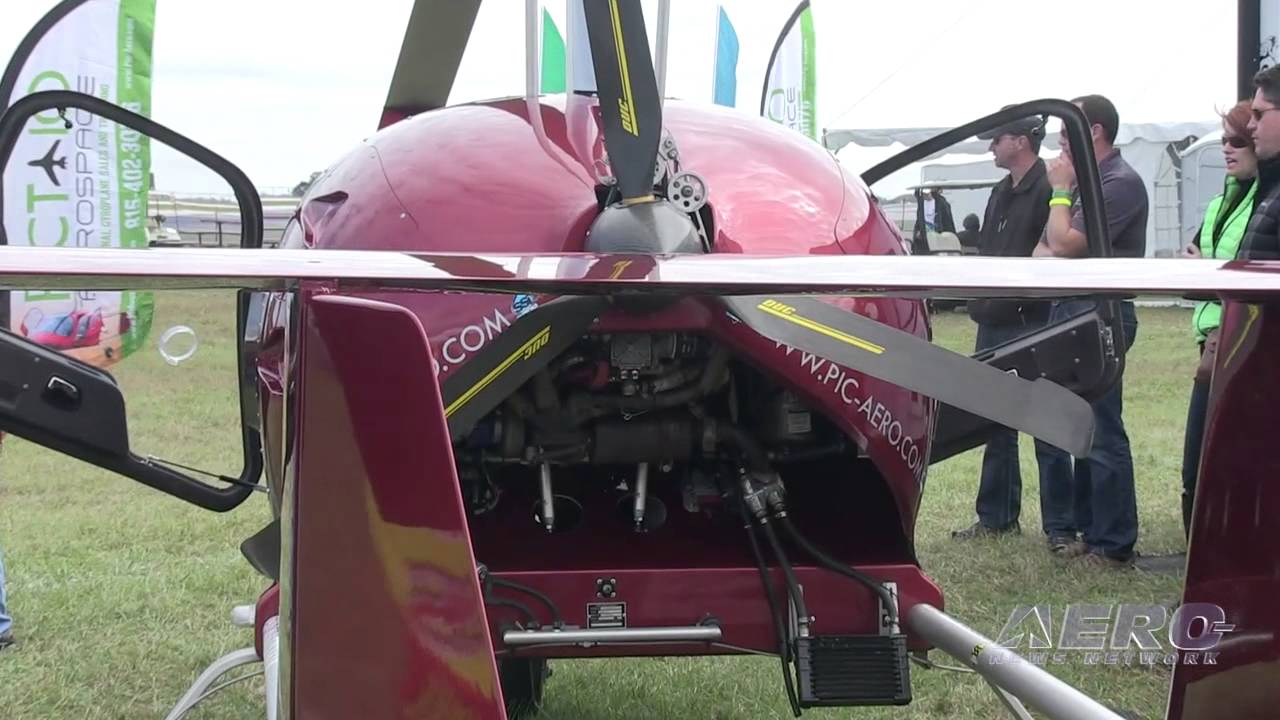 ANN’s roving News Editor, Tom Patton, stopped to talk about gyro planes while he was attending the U.S. Sport Aviation Expo at Sebring, Florida. He had the chance to talk to Chris Lord, the president and CEO of Pictaio aerospace.

The gyroplane they had on display is unique because it’s a 2-place machine that seats the pilot and passenger side-by-side rather than the more typical tandem seating of other gyro planes. Tom starts his questioning by asking about this configuration. Among other things, Lord points out that it offers more room for the pilot and passenger and more baggage space behind the seats.

Lord describes the aircraft as the SUV of gyro planes and says it’s intended for the recreational flyer market. He says that the side-by-side seating makes transitioning from a fixed wing to a rotor wing gyroplane more familiar. During the interview, Lord goes into detail about performance and features. It only takes a few moments of the video to notice that it’s a unique and sleek design.

The video provides lots of details about this aircraft that delivers a host of features and good performance for the price.

Aero-TV is a production of the Internationally syndicated Aero-News Network. Seen worldwide by hundreds of thousands of aviators and aviation adherents, Aero-TV has produced nearly 2000 aviation and feature programs, including several hundred episodes of our thrice-weekly aviation news program, AIRBORNE, hosted by Ashley Hale. Parent company, Aero-News Network, has the most aggressive and intensive editorial profile of any aviation news organization and has published nearly 200,000 news and feature stories since its inception — having pioneered the online 24/7 aviation new-media model that so many have emulated.