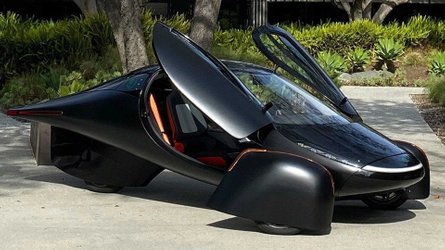 Aptera, the San Diego-based SEV (Solar Electric Vehicle) startup, has raised $40 million in its latest round of funding. Aptera hopes to use this capital to bring its SEV to production later this year. The company issued the following statement (via Electrek):

“During this historic funding round, over $40 million has been committed in our offering under Regulation A+, and we credit the many individuals and institutions who have taken part for their role as a driving force in the successes we’ve achieved.”

Aptera was originally founded 17 years ago before being re-formed as Aptera Motors Corp in 2019. Throughout its history the firm has revealed several prototype 3-wheeler EVs, none of which were sold to the public. Aptera’s latest design was unveiled in 2020 and is what its production car will be based on. It has a remarkably low 0.13 drag coefficient and offers up to 1,000 miles of range.

You can now reserve your own Aptera for just $100. Aptera recently announced that it currently has over 22,000 reservations for its SEV.

A full configurator has been launched on Aptera’s site, with prices ranging from $25,900 to $50,700 depending on spec.

As for the solar panels, the base car comes with them on the roof and dash however you can equip panels on the hood and rear hatch as well. Aptera claims you can get up to 40 miles of solar-powered driving per day. That of course depends on where you live – someone in Las Vegas will undoubtedly average more solar range than someone in Seattle.

For more info on Aptera check out the conversation I had with their head engineer, Nathan Armstrong.