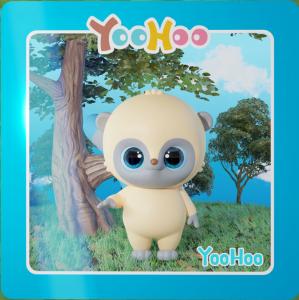 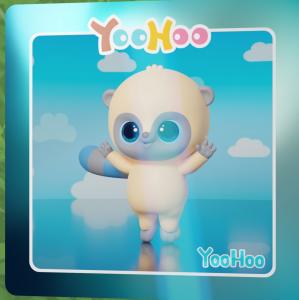 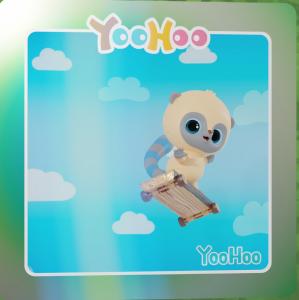 Common, Epic and Rare YooHoo NFTs Now Available on Chronicle via Mystery Box for $25 Each

LOS ANGELES, CA, UNITED STATES, May 4, 2022 /EINPresswire.com/ — Throughout 2022 and 2023, Chronicle will initiate a series of NFT drops featuring the beloved characters from the YooHoo and Friends collection.

First introduced in 2007 in Korea, the property has exploded worldwide, selling over 100 million plush toys, and spawning several television series available on Netflix and other distribution outlets in over 20 languages in 190 countries.

Each YooHoo & Friends character is inspired by an endangered species and delivers an eco-friendly message to its fans. The NFTs that are dropped will reinforce this commitment to a sustainable environment.

Fans will have the chance to collect characters that reside in habitats from all over the world.

The drops will include 3D characters, their extinction status and facts about the animal on which they are based. Initial drops will feature YooHoo, a Senegal Bush Baby.

Future drops will include additional friends of YooHoo such as Max, the Moon Bear, Sunny, the Emperor Tamarin, Eden, the African Elephant, Batu, the Fruit Bat, and Jolley, the Reindeer.

The initial drops launch today, May 4th, on Chronicle’s marketplace.

Three unique NFTs of YooHoo have been created that will be minted at varying rarities.

YooHoo fans will have the opportunity to purchase a YooHoo NFT for $25 but will not know which rarity level they’ve secured until after the NFT has been minted.

Chronicle is an NFT studio and digital collectables marketplace platform that has been designed and built for fans to make NFT collecting accessible so they can forge a deeper connection with the franchises and characters they love.

Users can register with an email address and make purchases via credit cards.

Chronicle is available on the web and as an Android app.

In addition to garnering a significant fanship, YooHoo & Friends has received a great deal of recognition and awards over the years, including the Korean Contents Award, the Preferred Choice Award by Creative Child Magazine, and the Mom’s’ Choice Award.

Although Chronicle is set to be blockchain agnostic, Chronicle utilizes the Aurora EVM (“Ethereum Virtual Machine”) built by NEAR Protocol for their environmental awareness. Unlike high-energy Proof of Work systems, Aurora is based on NEAR Protocol’s Proof of Stake driven technology and is committed to reducing their carbon footprint with a tree-planting offset program.

Aurora World, an emerging leader in the global content industry, has been at the top of the global plush toys market with its outstanding design and network. Based on its global business capabilities accumulated over 40 years, Aurora World offers an extensive range of branded and licensed products for all generations throughout its global networks located in South Korea (H.Q.), US, UK, Germany, HK, and China and strives towards sustainable growth by introducing 100% recycled materials

Aurora aims to keep growing with the success of its own character brand such as “YooHoo” inspired by endangered animals and its animated series “YooHoo to the Rescue”, a Netflix Original Series, and new projects to come.

The post Aurora Partners with Chronicle for Exclusive NFTs Based on Global Eco-friendly Kids’ Property “YooHoo and Friends” first appeared on Euro-News.