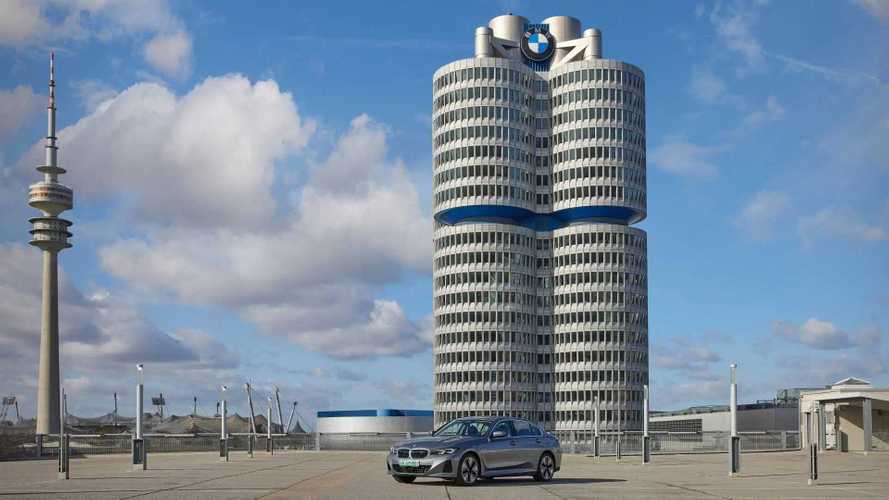 BMW Group has revealed new details about its Neue Klasse (New Class) EV architecture that will debut by mid-decade.

CEO Oliver Zipse said during the company’s first-quarter earnings call on May 5 that the platform would play “a crucial part” in the ramp up of EV sales for the company, adding that “it represents a quantum leap in technology.” Neue Klasse will feature BMW’s next-generation electric drivetrain “with more output, new cell chemistry and new cell formats,” according to Zipse.

He also said that BMW would initially focus its Neue Klasse architecture on midsize premium fully electric models. The platform will enter production in 2025 at BMW Group’s new factory in Debrecen, Hungary and will only offer a battery-electric drivetrain, BMW’s head honcho said.

“When it hits the market, it will be concentrated on the 3 Series segment and at that point in time the market will have developed into a size where it is reasonable to have only one drivetrain in that architecture.”

He did not say whether the first electric vehicle based on Neue Klasse will be a sedan, SUV or other body style.

This is an interesting development as BMW previously said the Neue Klasse architecture would be EV-centric while also offering support for internal combustion engines, including plug-in hybrids. Zipse’s latest comments clearly suggest the platform will be exclusively used for electric vehicles.

This goes to show that BMW is constantly evaluating and adjusting its strategies for the EV era and, more importantly, that it ultimately sees EVs as the only way forward. Also, it is interesting that this comes from an executive who has repeatedly warned that going all-in on EVs is not a good idea.

Oliver Zipse said the Neue Klasse platform would be “mainly focused on the middle car (midsize) segment,” adding that “it does not cover from the lower segments all the way to the luxury segments.“

A BMW spokesman brought more clarity regarding the applicability of the next-gen EV architecture, telling Automotive News Europe that Neue Klasse will be gradually expanded for all-electric cars in other segments beyond midsize cars.

“The Neue Klasse starts with models from the middle car segment, but of course there is more to come. The Neue Klasse is our model range for the future – from the high-volume segment to exclusive high-performance models.”

BMW aims to hit cumulative sales of 2 million full-electric cars by 2025, CEO Oliver Zipse said on the earnings call, as part of the objective of having half its sales electric-only by 2030. The executive said the company is doing everything it can to meet this goal earlier.

The post BMW’s Neue Klasse Platform Will Debut On 3 Series-Sized EV In 2025 first appeared on .