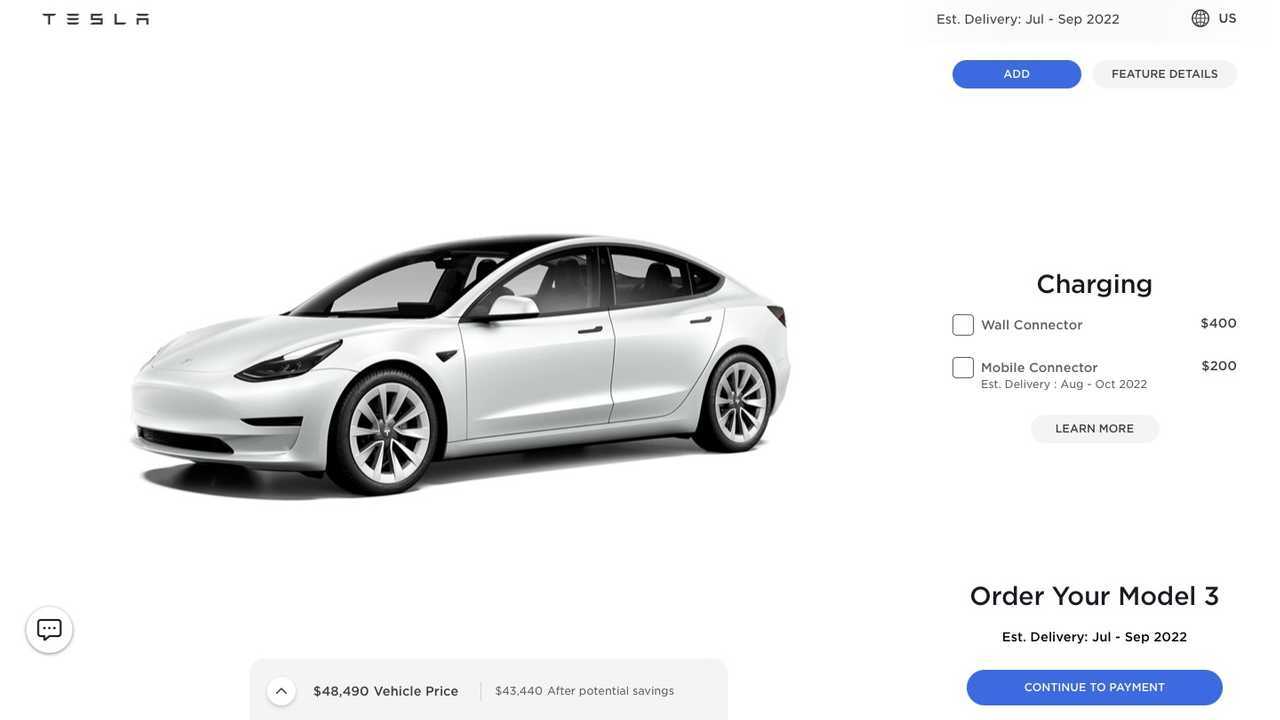 After no longer offering the mobile connector as standard on its new vehicles, Tesla has reduced prices on its two home chargers and also added them to its online vehicle configurator.

The Mobile Connector is now offered for $200, down from $400, while the Wall Connector costs $400 (it was $495 before). The latter appears available to order, but the former is listed as out of stock at the time of writing.

In addition to the price cuts, Tesla has also added the Mobile Connector and Wall Connector to its online configurator to remind new buyers that their new EVs do not come with charging solutions included.

The configurator shows that the Mobile Connector has an estimated delivery date between August and October 2022.

Tesla’s Wall Connector comes with a 24-foot cable and allows owners to charge their vehicles at home; the item requires installation but that’s not included.

Earlier this month, Tesla announced that orders after April 17 would not include a Mobile Connector. This was a curious decision, as Tesla had provided a mobile charger with every new car it delivered since the company started building EVs. Here’s how CEO Elon Musk explained the move.

“Usage statistics were super low, so seemed wasteful. On the (minor) plus side, we will be including more plug adapters with the mobile connector kit.”

Musk argued that the Tesla Mobile Connector was unnecessary for owners who have a Wall Connector or use Superchargers. He also advised customers expecting a new Tesla to install a Wall Connector “well before car arrives.“

As Elon Musk’s tweet suggested, Tesla used statistics to make its decision about the Mobile Charging Connector. The company used a similar approach when deciding to remove lumbar support for the Model 3/Y’s front passenger seat after logs showed that passengers never really used the feature.