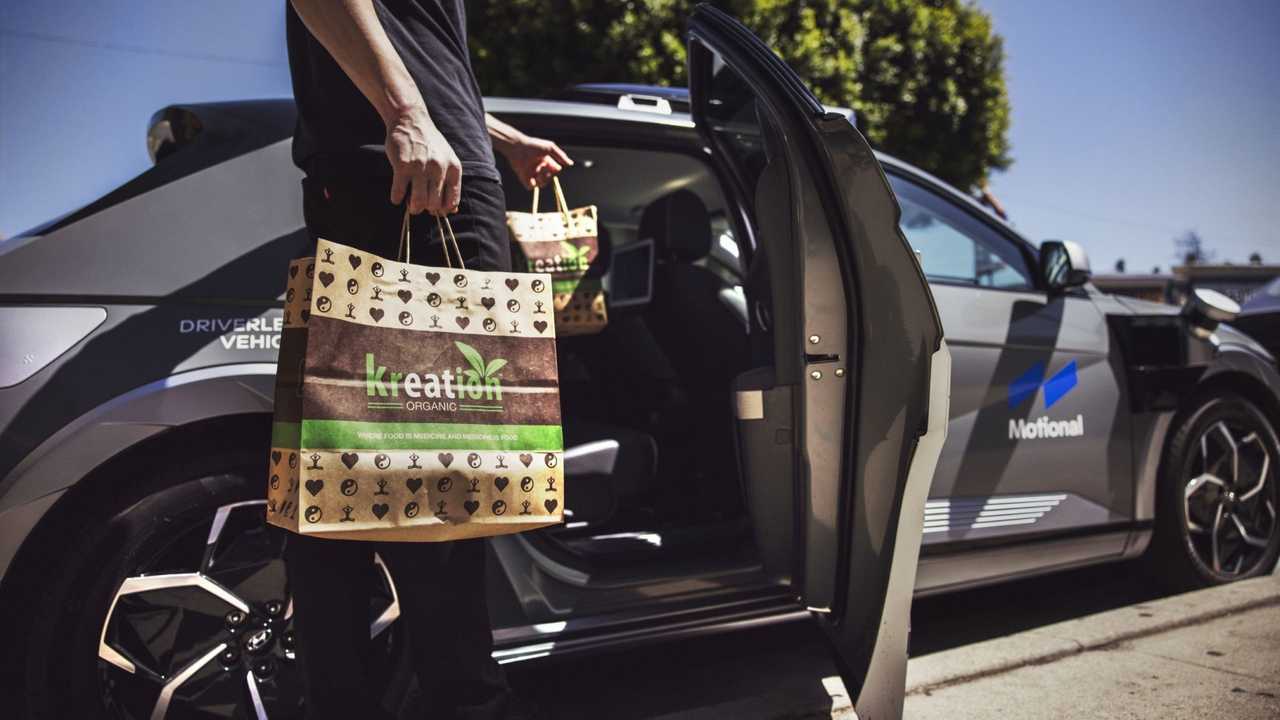 The Hyundai Ioniq 5 is well liked by EV enthusiasts and car designers alike, having won many design awards since its unveiling in 2020.

You can now add another category of people that will love the Ioniq 5: people from Santa Monica who are hungry. That’s because Motional and Uber have launched autonomous end-to-end food deliveries for customers in Santa Monica, California, on the Uber Eats network.

The launch represents Uber Eats’ first partnership with an autonomous vehicle company for this purpose, with Motional to use its self-driving Ioniq 5 vehicles for the job. Motional is a joint venture between Hyundai Motor Group and Aptiv.

“Autonomous delivery signifies the next phase of Motional’s commercial roadmap. This service will provide the learnings and experience needed to make Motional the trusted AV provider for on-demand delivery networks. We’re proud to partner with Uber on this important milestone and begin introducing Uber Eats customers to autonomous technology.”

The two companies say the pilot program will allow them to learn valuable lessons and receive customer feedback as they jointly develop an automated delivery model that could quickly scale to more areas across Los Angeles and in other cities. The goal of the pilot is to create the groundwork for future collaboration between Motional and Uber.

Since this is Motional’s first time transporting commercial goods, the Hyundai Ioniq 5 vehicles used in the service have been adapted to enable autonomous deliveries. The company says its teams have spent months studying every touchpoint between the restaurant and end-customer, and conducted extensive testing in the Los Angeles area.

So how does the service actually work? Participating merchants will receive a notification when the Ioniq 5 autonomous vehicle arrives. They will meet the vehicle at the designated pick-up location and place the order in a specially-designed compartment in the backseat.

The customer will receive an alert when the vehicle arrives at the drop-off location and will be able to securely unlock the vehicle door via the Uber Eats app to collect their order from the backseat.

Thanks to this pilot, Motional and Uber will study the integration of their technologies, consumer demand, user interactions with the AV, and additional autonomy features needed to enable autonomous deliveries.

Two Months of #NoKarens – The KarINN, Next-Gen Lodging by Airriva