One in four species at risk. 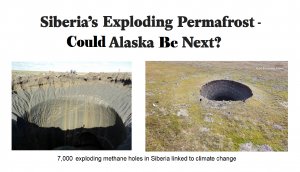 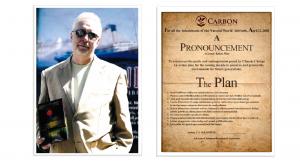 One in four species at risk.

The civilizations and individuals that have survived abrupt climate change in the last 30,000 years were those that prepared. Lessons from our Ancient Ancestors. Best selling book Climate Chaos”

LAS VEGAS , NEVADA, USA, April 22, 2022 /EINPresswire.com/ — July 2021 was Earth’s hottest month on record. We have experienced extreme weather oscillations from record shattering, below zero temperatures in one part of the country, while another part experiences record-breaking heatwaves in the middle of winter. The jet stream that has been the consistent source of predictable weather patterns for over 10,000 years, has been disrupted. Today, you are just as likely to see a tornado in Georgia or Kentucky, as you were in the old tornado alley of Oklahoma or Kansas.

The Gulf Stream, the other big weather driver, has slowed by 78% and is on the verge of collapse, according to new data.

Thousands of computer models have convinced the “IPPC” International Panel on Climate Change, that we are close to triggering some very dangerous tipping points that would change our lives dramatically.

Any one of these major tipping points by itself, poses a real threat to civilization as we know it. Collectively, they could be an overwhelmingly existential threat to our very existence.

Above 6 degrees Celsius, wheat, rice, corn and sorghum will not germinate. Together and interconnected, these major tipping points threaten our very existence. The troubling part of this new information is that it may occur at a much lower increase in global temperatures, than we ever believed possible. Thousands of computer model simulations have convinced the International Panel on Climate Change, “IPPC”, to issue a warning to the U.N., that temperatures as low as 1.5 to 2 degrees Celsius, could trigger a cascading series of climate calamities, that could overwhelm the worlds government’s ability to respond to them, causing the collapse of most societies. Global temperatures are already at 1.1 degree Celsius and could reach 2 degrees by 2030, if drastic changes are not made and fast.

What are these dangerous tipping points that interact with each other, with the ability to change the world so fast, as to render it uninhabitable for us and millions of other species?

1. The Greenland ice sheet is dumping 586 gig- tons (1000 billion tons in one gig-ton) of fresh melting glacier water into the North Atlantic, dampening and slowing down the North Atlantic Current, the Gulf Stream.

2. The Western Atlantic Ice sheet is also dumping billions of gallons of fresh water into the ocean, changing the ocean’s salinity, which is the driver of the currents that bring warmer weather to Europe and North America.

3. The Amazon Rain Forest, the world’s largest carbon capture sink, has already lost 20% of its total mass through burning, to clear vast tracts of land for cattle to make our hamburgers. Clear cut logging is destroying millions of acres per year and 17% of the Amazon has already dried out in the last decade, due to atmospheric changes in weather patterns. If it hits 27%, the Amazon Forest cannot survive and as it dies. The lungs of our planet will be gone, along with the most numerous and diverse species on the planet.

4. Thawing permafrost, as temperatures increase, more and more tundra, frozen for hundreds of thousands of years, will thaw out and release dormant anaerobic bacteria known as Methane or Light Carbon 14, which represents an unimaginable 10% of the entire biomass of the planet. Methane is the culprit in 4 out of the last 5 major extinction events in Earth’s long history.

5. ENSO, El Nino and La Nina are the climate cycles that civilizations have used to predict changes in the weather and adapt their fishing, planting and harvests in alignment with them. It is now being disrupted by the slowing down of the Gulf Stream “AMOC”, and the changing oscillations of the Jet Stream.

6. Oceanic Acidification occurs when the ocean’s temperature continues to rise; coral reefs around the world are already dying out. Coral reefs are the incubator of life. If they go, then we cannot be far behind and billions of people who depend on the healthy oceans for their livelihood and sustenance, will be at great risk.

Any one of these major tipping points by themselves would be devastating to humanity on a global scale. It is not an exaggeration to say that we are the last generation that has any chance to mitigate the consequences of irreversible climate change.

The facts are Chrystal clear, continuing to overpopulate and burn fossil fuels at our present rate, then it’s a direct path to Ecocide. Birds have already declined by 29% in all North America. That’s the canary in Earth’s coal mine. Its crucial to heed of that alarming red-flag warnings, if not then the odds are we may also join the other 99.9 % of extinct species that came before us in the dustbin of time.

What can one person do? Be prepared for anything that may come your way. Secure a 3-month to 1 year supply of long-term storage food; seeds to grow food with and get to know your neighbors. A group that knows each other, will look out for and protect each other.

Billions of global climate activists need to urge their governments to stop subsidizing fossil fuels now; plant 1 trillion trees in the next 10 years. Stop clearing our forests and have a five-year moratorium on fishing in 30 % of the oceans, to give life there a slim chance to recover. There is precious little time left to change our course and improve our fate and that of future generations.

Albert Einstein invented the “Dooms Day Clock” in 1944. kept up by scientists It is now just 100 seconds to midnight. Don’t you think it’s time to listen to the Scientists for a change instead of the politicians ?

C.S Goldsmith Author of “Uninhabitable a case for caution”.