‘EVENING STARS’ THE FIRST ALL INSTRUMENTAL ALBUM FROM HARRMONIKA MUSIK 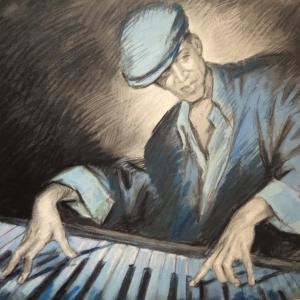 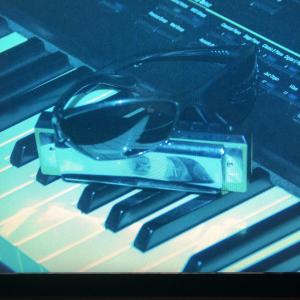 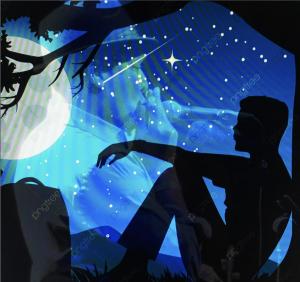 BY APPRECIATION WE MAKE EXCELLENCE IN OTHERS OUR PROPERTY”

NEW YORK, NEW YORK, UNITED STATES, July 1, 2022 /EINPresswire.com/ — EVENING STARS is the first all instrumental album of HarrMonika Musik’s career. A career that now spans over 50 years. HarrMonika’s professional career that began in the mid 70’s with Motown’s Dynamic Superiors (Shoe Shoe, Leave It Alone) led by the openly gay lead singer “Sweet” Tony Washington a very special and courages person on the forefront of the LBGTQ Movement. Moving on in 1980 to the Grammy Lifetime Achievement Award Winner, singer and spoken word guru Gil Scott-Heron (The Revolution Will Not Be Televised). Since the year 2000 HarrMonika has recorded and released over 100 studio recordings covering literally every genre music. That journey now continues with Evening Stars his first ever collection of all instrumental music.

“Instrumental Music has always been in my mind more provocative in many respects than vocal music says HarrMonika. Allowing the mind to form its own words and freely travel to it’s own imaginings and conclusions.” With this collection HarrMonika Musik explores sounds and vibrations that echoes the accomplishments of the great instrumentalist of our times from the legendary jazz pianists Oscar Peterson and Art Tatum to the genius of their contemporaries Marcus Roberts and relative newcomer, progidy Matthew Whitaker. From Russian Pianist Vladimir Horowitz to the glamor and candle-labras of the great Liberace. The pure harmonica virtuosity of Larry Adler Lee Oskar (from the popular 70’s Band War) and Toots Thielsman to the incomparable Stevie Wonder.

THE STARS title track was originally composed and recorded in 2005 and contains some gorgeous flute and harmonica against a lush background of electric piano guitars and percussion. THE SWEETEST MEMORIES OF YOU was inspired by the piano stylings of noted jazz pianists George Shearing and Earl Garner of the late 50’s early 60’s era and features a piano trio with with complex syncopations in the rhythm section complementing sophisticated piano work up front. THE GENES OF COCAINE was composed in the mid 80’s amidst the ‘crack cocaine’ epidemic and recorded in 2010 with a souped up electric piano fronting an otherwise acoustic bass and drum late 50’s early 60’s urban groove. MINT TEA is a recent composition featuring an extended piano intro into a swinging percussive groove, IN THE SHADOWS OF CLOUDS and I AM THAT I AM were composed and recorded in 2018 and can’t really be described any more than the rest of the music in this collection. Suffice it to say, its new territory. POINDEXTER a childish romp through the classical piano form. JOSE LUIS was inspired by and captures the energy of a Puerto Rican Brother riding around the LES of New York City blasting Salsa on his car stereo, always in ‘party mode.’ THE COLORS OF OUR RAINBOWS is an awe inspiring and spirtual piano solo. THE SUM OF ALL THE STARS is the albums most ambitious abstract and hauntingly beautiful work. SNOWFALL was actually composed and recorded during a NYC blizzard and captures the cold chill of a NYC Winter. EVENING PIANO AND STRINGS is the finale with an orchestrated arrangement of the opening Evening Stars composition. ALL TRACKS COMPOSED ARRANGED PRODUCED PERFORMED AND FINALIZZED BY HARRMONIKA MUSIK !!!

Since June Of 2021 HarrMonika Musik has been agressively releasing music on all the major digital platforms. Most of these releases along with videos can be accessed for free streaming at youtube.com and can be downloaded at a minimal cost should a person want to have a permanent copy from any one of the major digital platforms (Apple Music and Spotify). “Fame and fortune are not my mission statement. I simply want to share these ‘cosmik gifts’ that I’ve been gifted with as many as will listen states HarrMonika.” With an ever changing contemporary society we can use all the good vibrations and positivity that we can get. HarrMonika Musik believes music should be free and available to everyone. Literally hundreds of thousands of people (as per YouTube Analytics) have streamed viewed and listened to HarrMonika’s videos and music. UPDATE; Harrmedia and the Digital Office have decided to cancel the development of a HarrMonika Musik App as previously mentioned in an earlier press release. The original idea was to have an app that consolidates all of HarrMonika’s recordings but the Labels belief at present is that most of HarrMonika’s recording can be easily accessed on multiple digatal platforms .

HarrMedia The Digital Office and HarrMonika Musik would like to take this opportunity to humbly thank everyone who has listened, for taking their valuable time to do so. Thanks also for your kindness encouragement and continuing support. PRECIATE U !!! And as always our greatest hope is that you find enjoyment and enlightenment within all of these sounds and vibrations. PEACE LOVE JOY !!!

Article originally published on www.einpresswire.com as ‘EVENING STARS’ THE FIRST ALL INSTRUMENTAL ALBUM FROM HARRMONIKA MUSIK