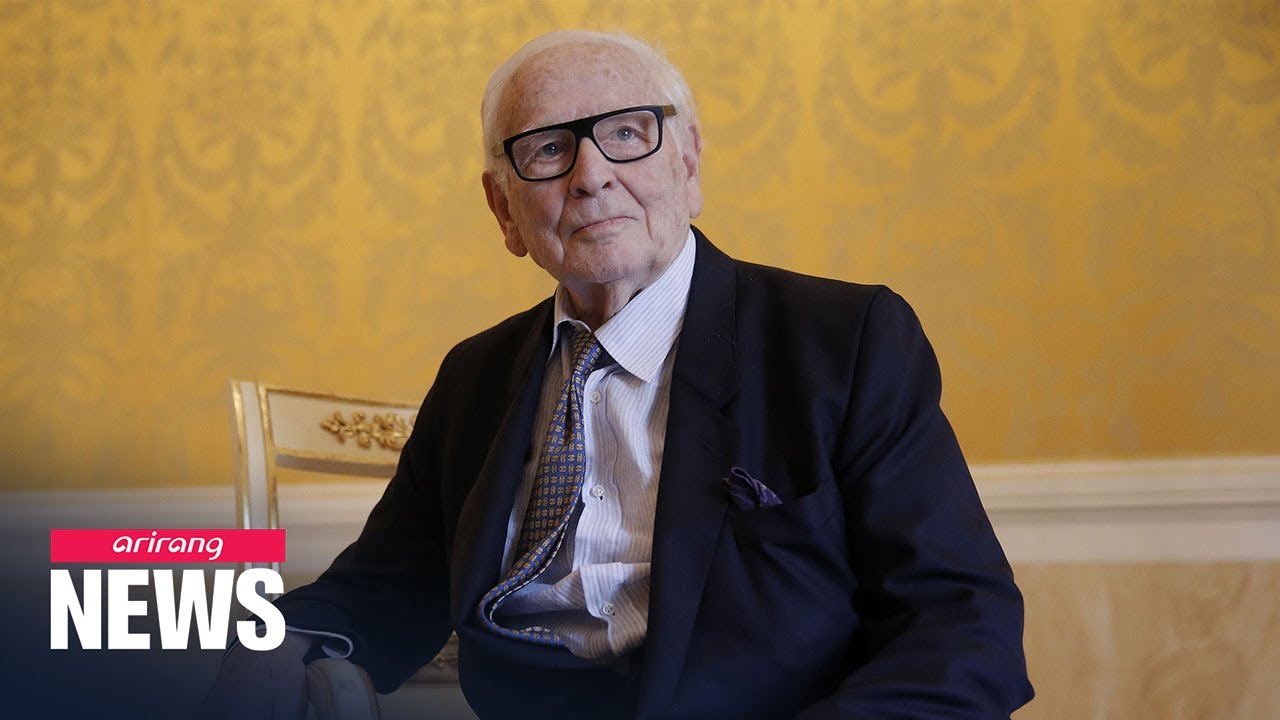 French fashion legend Pierre Cardin has died at the age of ninety-eight.
In a career spanning more than 70 years, Cardin made a splash in fashion in the 1960s and 70s with his bold designs.
Choi Min-jung reports.
Revolutionary French designer Pierre Cardin has died at the age of 98,… after dedicating more than 70 years of his life to the fashion world.
France’s Fine Arts Academy confirmed his death on Tuesday on Twitter.
And, according to a statement from his family to the AFP, Cardin spent his final hours at a hospital in the west of Paris.
Cardin, who was well known for his futuristic and bold designs in the 1960s and 70s, started his career in the fashion industry at a young age after his family moved from Italy to France at the age of 2.
In his mid-twenties, Cardin began working for Christion Dior and soon created his very own label in Paris.
“I was a Christian Dior student because I was the first employee of the house of Dior. When Dior used to open its doors at 8 a.m., I was at the front door at 7.30 a.m. I was the first employee of the house of Dior. At that time, no one knew Dior – no one. I was its first employee.”
Cardin was also credited for bringing high-end haute couture to the masses,…as he was the first to present ready-to-wear designs at department stores in the late 50s.
On top of being a legendary designer, Cardin was also a branding pioneer.
Apart from his clothing, he licensed his name to everyday items from cars to perfumes, and clocks.
His branded goods were sold across 5 continents in 140 countries.
Pierre Cardin will now be remembered as a groundbreaking fashion legend who forever changed the fashion world.
Choi Min-jung, Arirang News.

This news story originally appeared at Fashion - on 7 May 2022