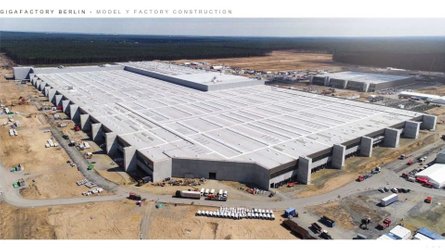 A German vice-chancellor by the name of Robert Habeck said some time ago that Germany needs to revamp its energy systems “at Tesla Speed.” The same government official is now making news by pushing to reduce the country’s need for gasoline from Russia. According to Teslarati, Germany imports some 55% of its gas from the country that’s currently attacking Ukraine.

Germany hopes to be completely independent of gasoline needs from Russia by the middle of 2024, though the situation in Ukraine stands to accelerate those efforts significantly. Habeck recently shared that, despite Germany’s construction time calculations, being independent of Russian gas by 2023 isn’t likely a reality. Habeck explained:

“‘If I had told you during the election campaign that I would build an LNG (liquified natural gas) terminal in ten months’ time, you would have said, ‘Here are these politicians with their weird election campaign promises, they never keep them.’ Nevertheless, we have to try the unrealistic in some form now.”

While Tesla’s Giga Berlin seemed to take incredibly long to officially open, the process was actually reported as much quicker than other similar projects in Germany. Habeck has obviously taken notice of Tesla and its new factory in Germany, sharing publically that he was impressed with Tesla’s speed. He said that the US automaker overcame many obstacles and succeeded, all while Germany moves at a sluggish pace in comparison.

In reference to the Tesla Gigafactory in Berlin, Habeck went on to say that similar projects could also happen in record time. More specifically, projects that would work to rid Germany of dependence on Russia. It seems his words were meant to light a fire among German officials and workers, making it clear that if there’s a will, there’s a way.

Now that Germany has a much more pressing need to break ties with Russia related to gasoline imports, it can do so, but will it? Habeck continued with his comparisons to Tesla’s methods of surging forward, stating that work needs to be done right now, ahead of the delayed permits that will eventually arrive.

Teslarati points out that there are certainly others in Germany that share Habeck’s beliefs and approve of his suggestions. Many companies appear ready to move forward with much more urgency. And, fortunately, German Finance Minister Christian Lindner is making funds available to help make it happen, at “Tesla Speed,” of course.