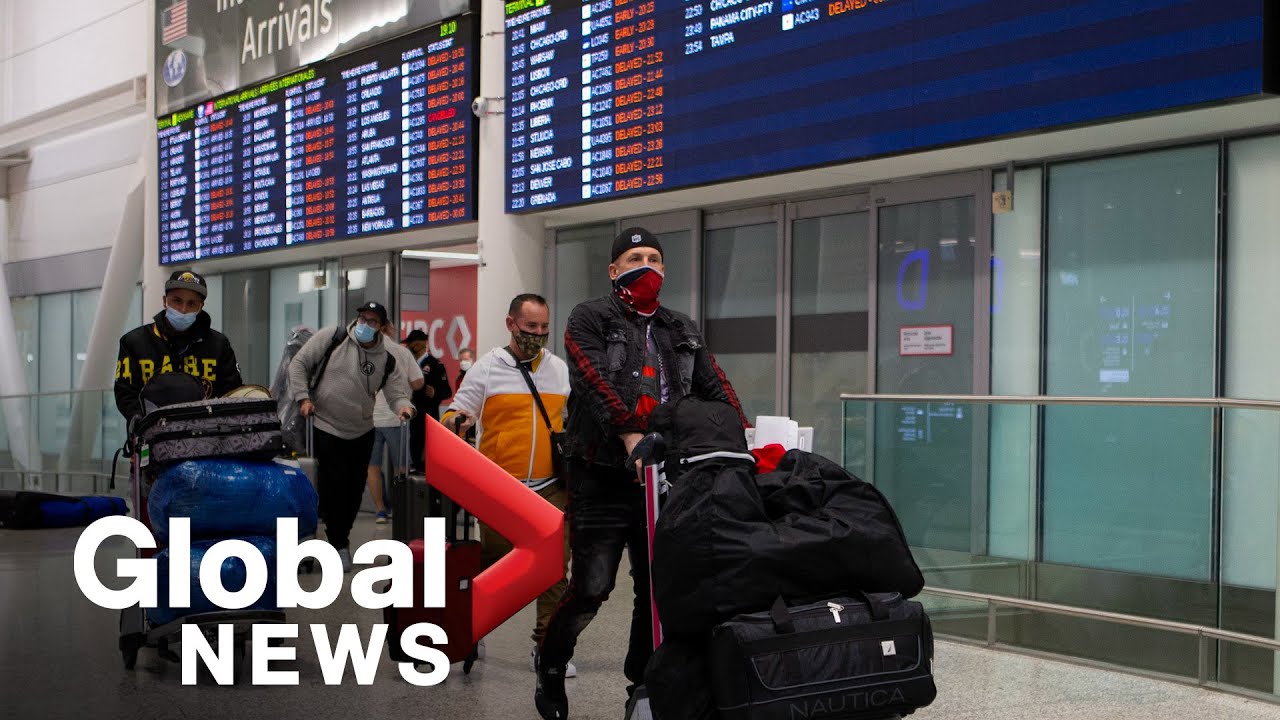 As Omicron cases surge, the federal government now says Canadians should avoid all non-essential international travel. Abigail Bimman looks at how the advisory is set to shake up people’s holiday plans and what it could mean for travel insurance.

Medical experts also warn that having two doses of the COVID-19 vaccine will not protect you against the highly transmissible Omicron variant. Jamie Mauracher reports on the evolving advice about getting a booster shot and how people are being told to avoid large gatherings during this holiday season.

But Alberta is officially easing some COVID-19 restrictions ahead of the holidays, to allow more families and friends to get together. Heather Yourex-West explains how the measures won’t be as lax as some Albertans were hoping for.

Meanwhile, with cases of the more contagious variant spiking in the United Kingdom, concerns are rising that hospitals will be overwhelmed again. Crystal Goomansingh looks at how the country is trying to respond to what’s being called “the most significant threat since COVID began.”

Many Canadians already feel like home prices have hit the roof, so how much more expensive could it get? Anne Gaviola looks at real estate firm Royal LePage’s predictions for 2022.

Plus, the federal Conservatives say they believe their 2021 federal election campaign was targeted by foreign governments trying to influence the outcome. As David Akin reports, China’s government is being accused of spreading disinformation against Tory candidates, due to their hardline stance on Beijing.

And for decades, scientists have long wanted to study the sun up close. Now their far-fetched idea has become a reality, thanks to NASA’s Parker Space probe, which has entered the solar atmosphere, going where no spacecraft has gone before. Mike Drolet looks at the many questions they hope will be answered.