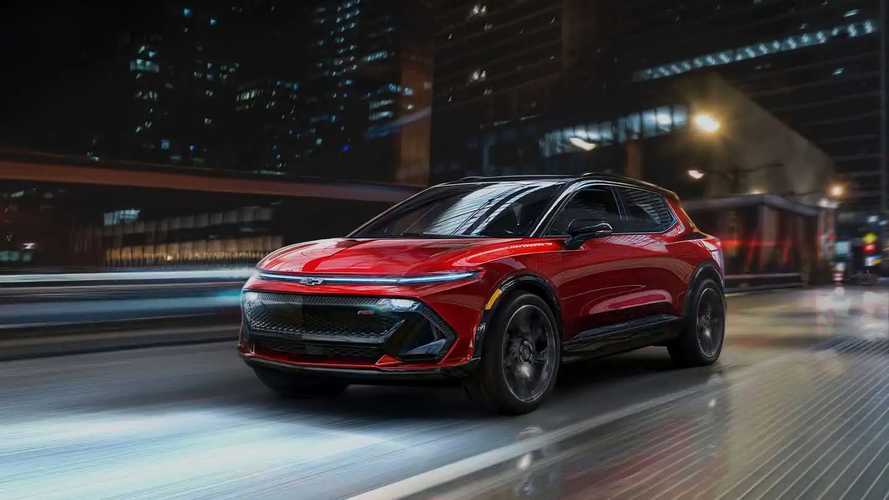 In an interview with Yahoo Finance, the executive said that GM can pivot and snatch the world’s largest EV maker title from the company headed by Elon Musk. Barra believes GM will become the eventual leader in the EV market as it’s been in the past for internal combustion engined cars.

“We’re taking all the steps to do it. We have said that by mid-decade, we will be selling more EVs in this country than anyone else, including Tesla.”

Of course, saying something is one thing and doing it completely different, but GM’s ambitious plans should not be discounted. One reason not to do that is Barra’s strategy to dethrone Tesla: building cheaper electric vehicles.

“Remember, we’re not necessarily just selling at the premium end. We’re going to have electric vehicles affordable at $30,000.”

She was referring to the upcoming 2024 Chevrolet Equinox EV and the mysterious electric vehicle that will start under $30,000. Currently, GM’s cheapest electric car is the Bolt EV, which starts at $31,500. In comparison, Tesla’s entry-level EV, the Model 3, has an MSRP of $46,990—and the company is constantly raising prices.

Of the new-generation electric vehicles GM has launched or will be launching in the coming months, the Silverado EV Work Truck is the most affordable at $39,900. The Cadillac Lyriq and GMC Hummer EV, however, are positioned in the luxury market, starting at $58,795 and 79,995, respectively.

But the future will bring truly affordable GM electric vehicles, thanks to the partnership with Honda. Mind you, those lower-priced models, including compact crossovers, are expected to go on sale in 2027.

One can be sure Tesla won’t be standing still in the meantime, with the “$25,000 model” likely to launch until then. Tesla was the leader in the global EV market last year with a share of nearly 14%, while GM was fourth with 7.6%.

Still, Barra is confident that GM will close the gap and overtake Tesla as each year more and more GM drivers will gradually trade in their ICE vehicles for EVs. She believes that current Chevrolet and GMC truck drivers will be buying electric trucks in the years ahead. “I think it’s a little bit longer game,” she says.

Watch the full interview in the above video.