Honda And LGES Might Build A Battery Plant In Ohio 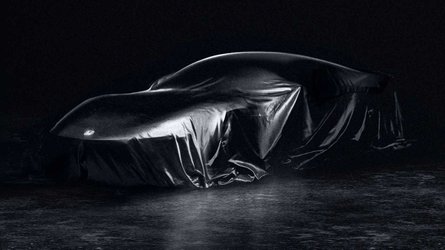 It seems that another large lithium-ion EV battery gigafactory will be built in the US, and potentially once again in Ohio.

According to Bloomberg‘s sources, Honda Motor Co. and LG Energy Solution are looking for a site for a new, joint venture battery plant in the Midwest.

Ohio is a strong candidate, as Honda has plants there, but it’s not yet decided. A battery plant near vehicle plants is always a simplification of logistics. Ohio would be also a familiar state for LGES, where the South Korean company has a joint venture with GM (Honda’s partner for the Ultium platform, by the way).

“A final decision has yet to be made and the ultimate location could still change, according to the people, who declined to be identified because the discussions are private.”

We already heard earlier this year a rumor that Honda and LG Energy Solution might build a joint venture lithium-ion battery cell gigafactory in the US. It was then said that it would be a 4 trillion won ($3.2 billion) investment and an annual production capacity of up to 40 GWh.

Another rumor about site location suggests that there really is a new project in the pipeline to support Honda’s electrification plans.

Let’s recall that the Japanese manufacturer announced that its first new, all-electric model – Honda Prologue SUV, is scheduled for market launch in early 2024 with an initial annual sales target of 70,000 units.

Two models, based on the General Motors’ Ultium platform, have been confirmed – one from Honda and one from Acura brand.

In the longer term – the second half of the 2020s – the Japanese manufacturer intends to introduce its own solution/platform called “e:Architecture” with a target to sell 500,000 BEV per year by 2030.

In April 2022, Honda announced a more detailed plan, which includes approximately 5 trillion yen ($40 billion) investment in electrification and software, over the next 10 years, and the introduction of a total of 30 all-electric models globally by 2030. BEV production volume is expected to exceed 2 million units annually by 2030.