How Good Is Porsche’s Autonomous System? On Par With Tesla? 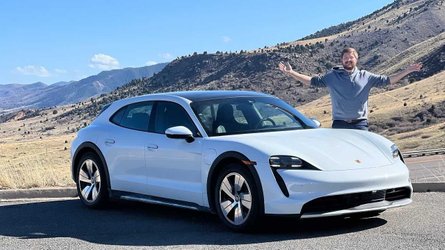 When it launched back in late 2019, the Porsche Taycan was arguably the first credible alternative to the Tesla Model S. Many reviewers stated they would choose the Taycan over the Model S due to its build quality and driving dynamics, however few mentioned its autonomous capabilities. Out Of Spec Reviews‘ Kyle Conner recently had the chance to check out a Taycan Cross Turismo. He decided to focus on its autonomous features, taking it through his channel’s “Hogback Driver Assistance Challenge”.

Kyle first mentioned that the Taycan has received several OTA updates since it first launched, meanwhile plug-in charge is now standard. This means you can just plug-in your Taycan and leave, without having to swipe any cards or fill in details at the charging station.

Kyle’s mountain test route has around 50 corners and is 15 miles long. The Taycan uses radar, unlike Tesla vehicles which now favor cameras only. The car Kyle tested came with Porsche InnoDrive including Adaptive Cruise Control and Active Lane Keep Assist, a $3,610 option.

The Taycan doesn’t have a capacitive steering wheel or eye tracking. However, its not limited to pre-mapped highways. The gauge cluster only shows cars in front, not to the side. The Taycan does adapt to speed limits, however it doesn’t have a speed limit offset. The safety warning system works well, with seat belts being yanked and the car coming to a complete stop with hazards on.

In summary, Kyle found the Taycan autonomous system was impressive, although not quite as good as some other setups on the market. The system works very well in corners, however there can be some issues when going straight. For the full review of the system check out the above video.

The post How Good Is Porsche’s Autonomous System? On Par With Tesla? first appeared on .