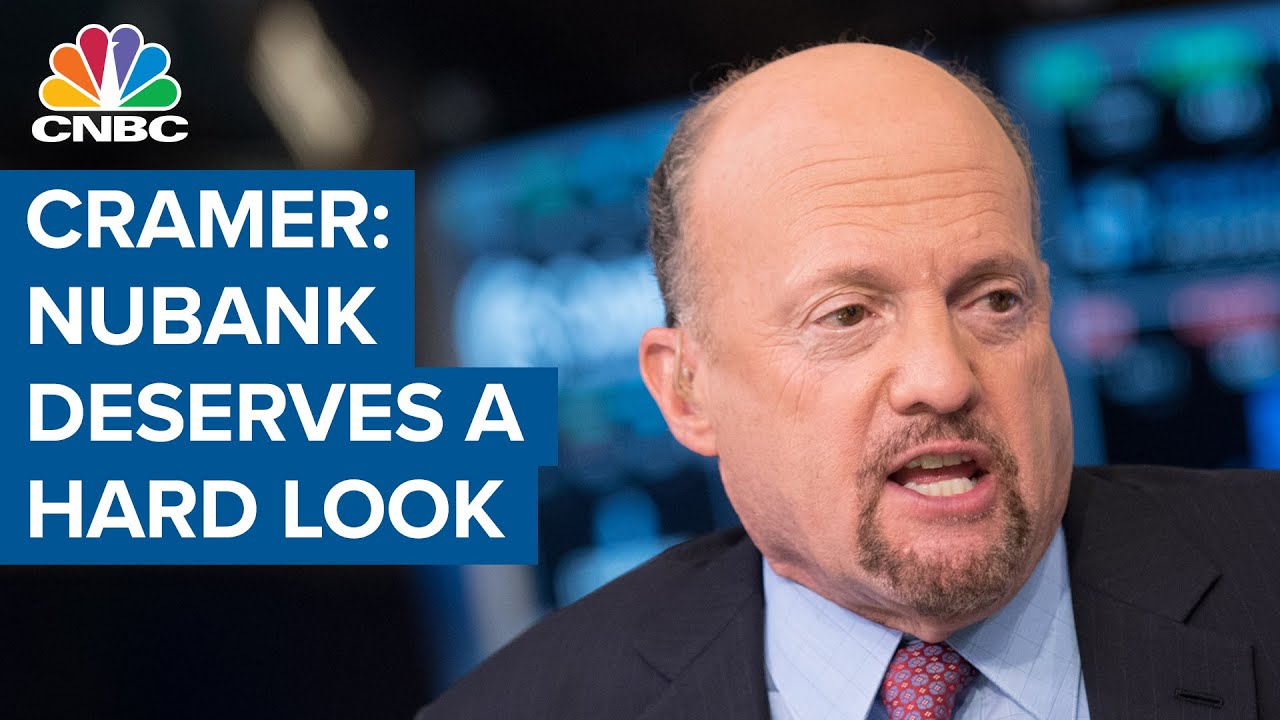 Mad Money host Jim Cramer joins CNBC’s ‘Squawk Box’ to give his take on the markets ahead of the open on Thursday. Sign up and learn more about the CNBC Investing Club with Jim Cramer

Brazilian fintech company Nubank made its market debut Thursday on the New York Stock Exchange, going public under the ticker symbol “NU.” Shares opened at $11.25 apiece after pricing 289 million shares at $9 apiece on Wednesday, the top end of its expected range of $8-$9 per share. The company, ranked No. 40 on this year’s CNBC Disruptor 50 list, raised $2.6 billion at an implied valuation of $41.4 billion.

Nubank launched in 2013 with a purple no-fee credit card in Sao Paulo, Brazil, a country notorious for its high-fee, low-tech banking system. Less than ten years later, the fintech company has survived a recession and a pandemic, emerging with 48 million customers across Brazil, Colombia, and Mexico, and a valuation higher than Chime, Robinhood, or SoFi.

“We were growing very fast up until the pandemic, but people still had some questions about digital banking … I think it was still scary for a lot of people,” Colombia-born Nubank CEO and co-founder David Vélez said Thursday on CNBC’s “Squawk Box.”

“The pandemic, in a way, forced that behavior to change among most of the population, because branches were closed and it wasn’t even an option,” he said. “People started trying us and realized we were a better option — we charge no fees, better customer experience all in your smartphone, then suddenly we started seeing people in their 60s, in their 70s, in their 80s, people all across Brazil, in different municipalities, start using us.”

Nubank shares came down a little from their first-trade spike and were trading higher by roughly 15% in the early afternoon on Thursday.

To Vélez, the opportunity was obvious: the financial ecosystem in Brazil was inefficient and inaccessible, with five banks controlling over 80% of the country’s assets, annual credit card interest rates running up to 300%, and a third of the population unbanked. According to Nubank, bank branches only exist in 60% of Brazil’s cities, but a digital platform could support customers regardless of location. The company also estimates that it has provided the first credit card or bank account to approximately 5.1 million people as of September 30.

Earlier this year, Warren Buffett’s Berkshire Hathaway made a $500 million investment in the parent company of Nubank. With additional buy-in from backers like Ribbit, Tencent, Invesco, and Vélez’s former employer, venture capital firm Sequoia, Nubank is pushing online banking expansion across the LatAm region. To date, the company estimates that its no-fee structure has saved its customers over $2 billion.

“We don’t think the banking branch will survive the way it is,” Vélez said. “It is too costly to serve the majority of users, especially in emerging markets [like Latin America] where you have a very high cost of operations, so a lot of that physical infrastructure will probably disappear … most of the providers of financial services 5-10 years from now will be digital companies that will be focusing on the customer, will have a lot of efficiency, and be decreasing fees and interest rates for everybody.”

Venture investors poured $9.3 billion into Latin America in the first six months of 2021, compared with $5.3 billion all of last year, according to a report from CBInsights. In September, SoftBank Group said it will commit $3 billion to kickstart a fund focused on investing in start-ups in Latin America utilizing technologies like artificial intelligence and scout deals in e-commerce and digital financial services as well as blockchain projects. It first launched a LatAm-focused fund in 2019.

Turn to CNBC TV for the latest stock market news and analysis. From market futures to live price updates CNBC is the leader in business news worldwide.