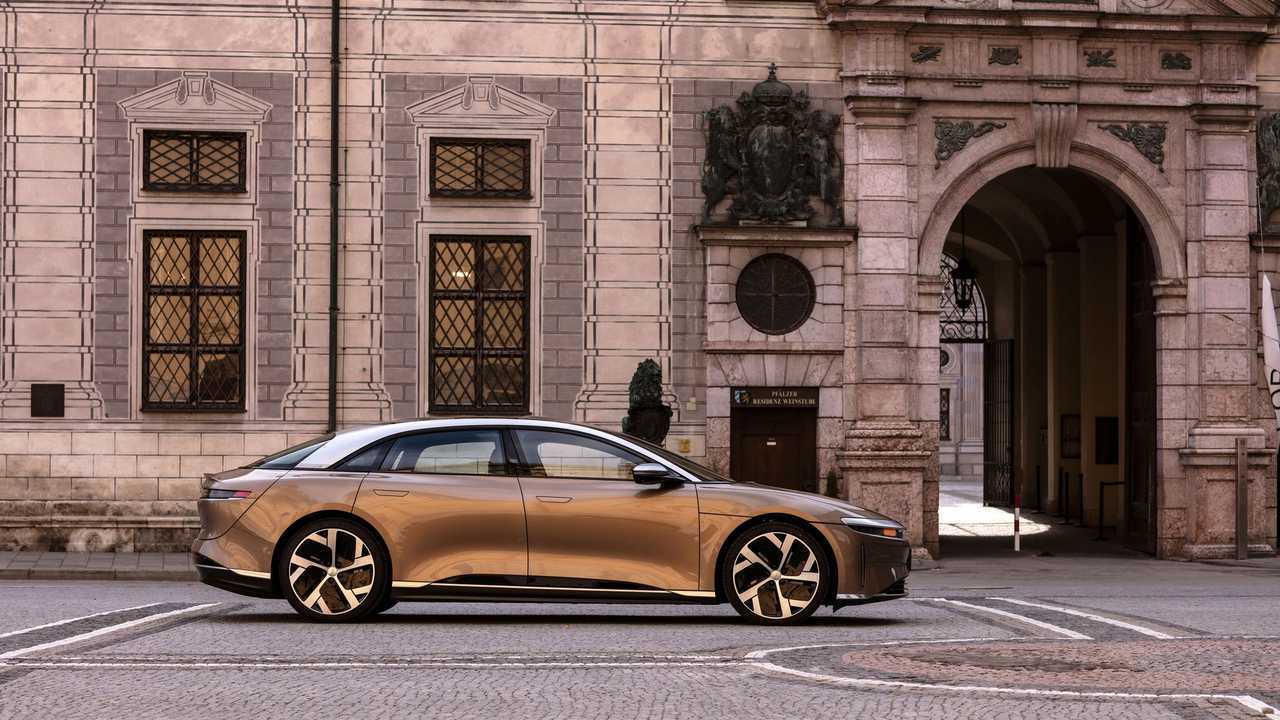 Lucid Group has announced details about its European market launch, confirming very limited availability for the range-topping Air Dream Edition and the opening of its first European retail location in Munich, Germany, on May 13, 2022.

The Lucid Studio will be located at Odeonsplatz in Bavaria’s capital and will be followed by additional studios and service centers in Germany, the Netherlands, Norway, and Switzerland in 2022. In the coming years, the EV startup says it has the ambition to expand into additional key markets across the European continent.

The company says it will offer a very limited number of Air Dream Edition units to existing reservation holders in Europe to celebrate the European launch of its Air electric luxury sedan. Lucid did not announce a number, but it’s clear that the Air Dream Edition will be a much rarer sight in Europe than in North America, where it’s limited at 520 units.

“The expansion into Europe and the decision to offer Lucid Air Dream Edition in this market serve to strengthen Lucid’s position as a global brand and further supports our mission to elevate the standards of the electric vehicle industry.”

The first Lucid Air Dream Edition deliveries in Europe are expected to begin in late 2022. Pricing and delivery dates for Lucid Air Pure, Air Touring and Air Grand Touring will be announced later this year. The most affordable model, the Lucid Air Pure, is expected to start at approximately €100,000 in Germany and Netherlands, CHF100,000 in Switzerland, and NOK1,000,000 in Norway.

Besides the four initial launch markets, Lucid currently accepts reservations for the Lucid Air Pure, Touring, and Grand Touring models from Austria, Belgium, Denmark, Finland, France, Italy, Monaco, Spain, Sweden, and the UK—yes, a right-hand-drive model is in the works. Further expansion in Europe is planned in the future.