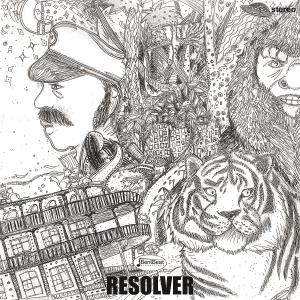 Resolver by Matthew Aarness is now available on all music services 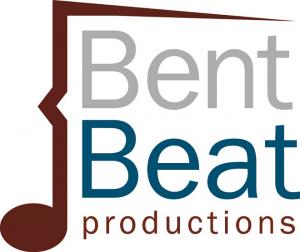 Singer-Songwriter Matthew Aarness shares his Northwest-themed Bigfoot to the Portland Shanghai Tunnels on his debut album, Resolver, with BentBeat Productions.

PORTLAND, OREGON, USA, July 18, 2022 /EINPresswire.com/ — Not just any artist can write and record an album that has a range from sasquatch to the infamous downtown tunnels, but Matthew Aarness brings it. “Bigfoot” and “Shanghai Moon,” in addition to eight more songs from Aarness’ soul and mind, appear together on his debut album, Resolver, on the Portland-based BentBeat Productions flagship label.

“When I casually sat down with Matthew (Aarness), I asked him to show me some of his material,” recalled the album’s producer Dave Beatty at BentBeat. “He grabbed a guitar, immediately played (‘Bigfoot’), and I was hooked.”

Aarness seizes each moment in his life as an opportunity to write a song. “Riverboat,” “Die a Cat,” and the imagery of “The Submarine We Built” all show his depth and development as an artist. His romantic side hits home on the album’s first single, “Done Building Rome”

Aarness was born in and is a resident of Oregon, and his extended family lives in the Idaho Falls area. Aarness pours his heart out in the lyrics to each song, and apparent on the track “The Light We Share.”

“I wrote the song ‘The Light We Share’ for my teenage daughter, Juliette (16), with whom I have not spent as much time with as I would have liked to as of late,” said Aarness, welling up with tears. “I was able to reconnect with her during the process of recording this album, and it was very special to me. I look forward to spending more time with her.” Aarness has two other children, David (25), and Pearl (8).

The whimsical black and white cover of Resolver was drawn by Aarness’ niece, Leah Crystal, paying clear homage to a mid-1960’s album cover from the Fab Four bearing a very similar name.

Aarness is set to host album release parties in both Idaho and Oregon: The Nice Spot Mercantile & Coffee Bar on Friday, July 22 at 6pm, 395 Lindsay Blvd in Idaho Falls. And at BentBeat Productions’ Studio on Tuesday, July 26th at 6pm, 8532 SW St. Helens Dr., #150 in Wilsonville.

Resolver is available for sale on Amazon, and is streaming now on Apple Music, YouTube Music, Spotify and wherever you find great music.

Article originally published on www.einpresswire.com as Matthew Aarness Delivers a Creative Collection of Northwest-Flavored Musical Treats with His Debut, Resolver