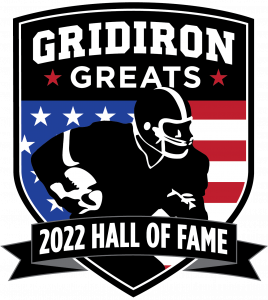 This is a fantastic class of inductees who have helped pave the way for current players and deserve the recognition for all that they do. I’m excited to host the gala here in Chicago…”

Gridiron Greats Assistance Fund, Inc., a non-profit that provides medical and financial assistance to former NFL players and their families in dire need, will host its 12th annual Mike Ditka’s Hall of Fame Gala in Chicago on May 20th at 6:00 p.m. The gala will be held at the elegant Hyatt Regency Chicago and will honor former NFL players for their outstanding careers as well as their charitable work off the field. John Tournour (J.T. the Brick) will resume his role as Master of Ceremonies. The celebration will feature a star-studded VIP Red Carpet entrance, a surf and turf dinner, premium brand open bar, a silent auction with one-of a kind memorabilia and a special performance by Chicago entertainer John Vincent.

In addition, Sylvia Mackey, wife of former NFL legend and Hall of Famer John Mackey, will present her namesake Award to Mrs. Lisa-Marie Riggins, founding President of the non-profit Fairness for Athletes In Retirement (FAIR), which advocates for pension parity for the pre-93 players.

Marv Levy, NFL & CFL Hall of Fame coach and former Gridiron Greats board member, will proudly present Ron Rivera with the Marv Levy Impact Award. This distinction honors and recognizes an advocate for the Armed Forces who has dedicated much of their time and influence supporting and serving the military community, has exceptional leadership qualities, and is honorable, honest and courageous.

Hyatt Regency Chicago’s vibrant location in the heart of downtown places you steps from the famed Magnificent Mile, Navy Pier and Millennium Park, and is nestled along the Chicago River and Lake Michigan. The guest rooms deliver some of the city’s most spectacular views and the intelligently designed lobby boasts an abundance of unique networking spaces so you can be your best. Be at the center of all that makes Chicago an international destination at Hyatt Regency Chicago (151 E. Wacker Chicago, IL 60601). To learn more about Hyatt Regency Chicago, please call (312) 565-1234 visit http://www.hyattregencychicago.com