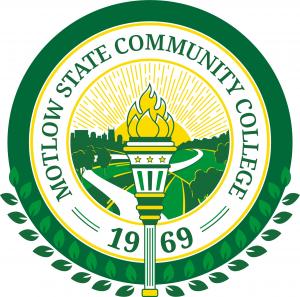 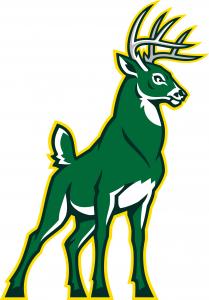 “We reviewed an extensive amount of literature and data that ultimately led to our decision to refresh our brand,” said Dr. Terri Bryson, vice president of External Affairs at Motlow. “In addition, we conducted numerous surveys and focus groups, garnering perspective from more than 2,000 participants.”

The branding refresh updates include:

Motlow’s first official seal reflected 20th-century ambitions. It is a comingling of available resources. It reflects the tradition found in a steady hand-lettered central ‘M,’ blended with black and white line art known as clip art.

“Over time, the elements that make up the seal have changed to reflect evolution in college programming and focus. Expansion in programming, technological innovations, growth in the number of campuses, inclusive goals, and a commitment to demonstrated diversity outpaced the heart of the original seal’s design. There was simply not enough space in the existing seal framework to convey the depth and the breadth of the Motlow story,” explained Ramona Shelton, prior president of Faculty Council at Motlow, who led the academic collaboration that developed the College’s refreshed seal.

“While we needed an updated Buck image, we also wanted a custom font that was strong, unique, and would help build our brand. Something that will make our fans proud to wear the brand and be a Buck,” said McShea. “Early on, we had to decide if we wanted a forward-facing buck, a side-facing buck, or a three-quarter pose. The attention to detail and the iterative design process of the collaborative effort helped us see the criticality of small changes in poses, eye shape, and the presentation of the antlers. It all came together wonderfully.”

The “Stride Mark” became part of the brand story when conducting the athletic redesign process.

“As the design team worked to ensure optimized readability and high-quality content, they kept returning to the idea of using a helper element for visual cohesion,” said Dane Norman, Motlow Student Government Association (SGA) President. The College’s SGA played a valuable role in this process.

“Motlow is a pathways-centric institution. The visual artifact that was first generated as a graphic element to balance team lock-ups resonated with students as iconic art that spoke to a much larger part of our narrative. We saw the image of a pathway in the design. It became a great solution for athletics, and we even picked out the name for it,” announced Norman. “An SGA focus group resonated with the premise of a pathway. Dozens of words were considered. Some real, some fabrications, and even permeations of both. Ultimately, we settled on something representative of the road all students must travel. Developing a name for the element also inspired us to propose a new tagline for the College: Stride Forward.”

To coincide with the new look and feel, Motlow State also updated its website domain name to more accurately reflect what people search for online and remember when they hear about the college. Using relevant and branded words significantly increases Motlow’s chances of ranking well in search engines.

“The College’s brand research incorporated thousands of voices from across the service area. We listened to elected officials, community leaders, residents, and employees, and most of all, we listened to current and prospective students. Shorter usually seems better, but in this case, the data suggested that shorter was not always helpful. What we learned from the research was that MSCC was confusing,” said Motlow’s Chief Information Officer Carlos Padilla. “We benchmarked against our sister community colleges and other higher education institutions and found that many of them had already migrated to use self-evident domain names, which yielded better results.”

Changing a college’s domain name is a major undertaking. Until recently, colleges and universities were only allowed to have one “.edu” domain name.

“Fortunately, Educause, the nonprofit association for education information technology that assigns and controls .edu domain names, observed the growing need for many colleges to change this practice and voted to allow colleges to register two domain names,” explained Padilla. “We are excited about this change because it allows us to respond to all of the data we found in our market research. Thus, as part of our brand refresh rollout, we are very happy to announce that our brand portfolio now includes a new web address for our college: Motlow.edu.”

“Reagor was considered so essential to the mission of establishing our college that our identity became indelibly linked to his family and his leadership in 1967 when the Tennessee State legislature named the community’s new institution of higher education as Motlow State Community College,” explained Hilda Tunstill, executive vice president for Business and Finance. “In keeping with our founding persona, our early leaders also seeded in us magnificent symbolism of strength, agility, and poise under pressure by naming us the Bucks.”

“Our buck is now whole, appropriately majestic, and standing tall and proud in representing all of our traits of leadership and quality,” said Tunstill. “We have proudly and collectively been known as the Bucks for more than 50 years. For the first time in our College history, our iconic Buck has a name that ensures that Motlow’s magnificent origin story continues reverberating into our future chapters of success. The name is Reagor.”

Tunstill also introduced a broader color pallet that was designed to better convey Motlow’s breadth of character and growth of persona.

For an organization’s brand identity to be successful, it must include all of an institution’s touchpoints. Bookstores are strategic brand partners for colleges across the nation. Bookstore space, signage, promotions, and inventory can serve a strong storytelling role in an institution’s brand narrative. Many campus bookstores are among the first environmental touchpoints for embodying a college brand identity and sharing the excitement that comes with a sense of belonging.

“Branding does not create a community, but branding makes a powerful testimony to the presence of a community. Branded wear is a sign of unity and belonging,” said Brown. “One of the goals we support is to supply a wider variety of fan gear and branded wear, and we are excited to announce that we have been working behind the scenes with college leadership to prepare for today’s announcement.”

Motlow will reveal a number of new stock items available in support of the refreshed brand identity. And in the days and weeks to come, the breadth of branded offerings will continue to expand. In addition to newly branded items, all of Motlow’s bookstores will soon have new signage identifying them as the “Buckstore.”

Tennessee’s Community Colleges is a system of 13 colleges offering a high-quality, affordable, convenient, and personal education to prepare students to achieve their educational and career goals in two years or less. The system offers associate degree and certificate programs, workforce development programs, and transfer pathways to four-year degrees. For more information, please visit us online at tbr.edu or visit Motlow at motlow.edu.