Pierre Cardin, Designer to the Famous and Merchant to the Masses, Dies at 98 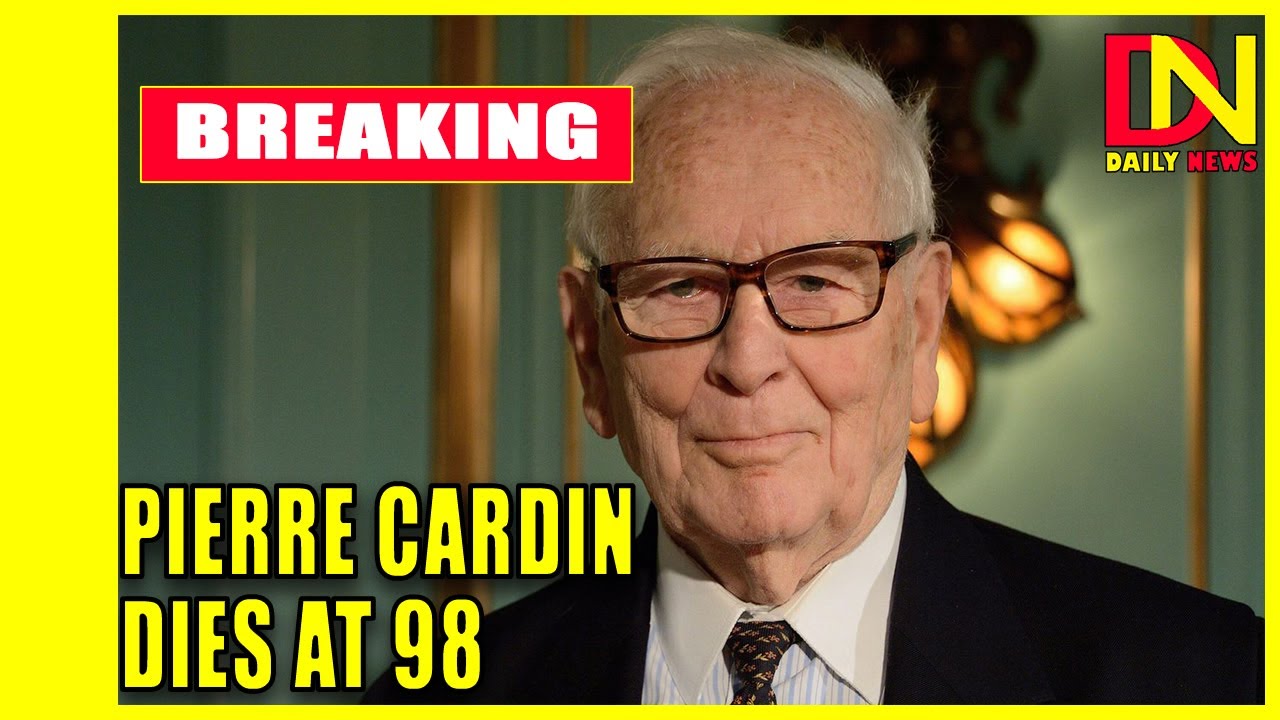 Pierre Cardin, Designer to the Famous and Merchant to the Masses, Dies at 98

Pierre Cardin, the visionary designer who clothed the elite but also transformed the business of fashion, reaching the masses by affixing his name to an outpouring of merchandise ranging from off-the-rack apparel to bath towels, died on Tuesday in Neuilly-sur-Seine, just outside Paris. He was 98.

His death, at the American Hospital there, was confirmed on Tuesday by the French Academy of Fine Arts. No cause was given.

“Fashion is not enough,” Mr. Cardin once told Eugenia Sheppard, the American newspaper columnist and fashion critic. “I don’t want to be just a designer.”

He was never just that. He dressed the famous — artists, political luminaries, tastemakers and members of the haute bourgeoisie — but he was also a licensing pioneer, a merchant to the general public with his name on a cornucopia of products, none too exalted or too humble to escape his avid eye.

There were bubble dresses and aviator jumpsuits, fragrances and automobiles, ashtrays and even pickle jars. Planting his flag on the Rue du Faubourg Saint-Honoré in Paris, he proceeded to turn the country’s fashion establishment on its head, reproducing fashions for mass, ready-to-wear consumption and dealing a blow to the elitism that had governed the Parisian couture.

In a career of more than three-quarters of a century, Mr. Cardin remained a futurist. “He had this wonderful embrace of technology and was in love with the notion of progress,” said Andrew Bolton, the head curator at the Costume Institute of the Metropolitan Museum of Art in New York.

As the space age dawned, Mr. Cardin dressed men, and women, in spacesuits. In 1969, NASA commissioned him to create an interpretation of a spacesuit, a signal inspiration in his later work. “The dresses I prefer,” he said at the time, “are those I invent for a life that does not yet exist.”

His designs were influenced by geometric shapes, often rendered in fabrics like silver foil, paper and brightly colored vinyl. The materials would shape the dominant aesthetic of the early 1960s. It was a new silhouette that “denied the body’s natural contours and somehow seemed asexual,” Mr. Bolton said.

“His ability to sculpt fabric with an architectural sensibility was his real signature,” he added.

Mr. Cardin drew inspiration from everywhere, be it the pagodas he visited in China, Op Art painting or automotive design.

“I’m always inspired by something outside, not by the body itself,” he told The New York Times in 1985. Clothing, he said, was meant “to give the body its shape, the way a glass gives shape to the water poured into it.”

Yet his men’s ready-to-wear designs, introduced in 1960, were decidedly more faithful to the body’s outlines. Built on narrow shoulders, high armholes and a fitted waist, they were streamlined and somewhat severe, dispensing in some cases with traditional collars in favor of the simple banded Nehru, a namesake adaptation of the style worn by the Indian prime minister.

Those suits were slow to catch on in the United States — until the Beatles appeared in knockoff versions on the Ed Sullivan television show in 1966. Nehru-mania ensued.

Mr. Cardin had laid the foundations for a global empire by the late 1950s. At a time when France was fashion’s uncontested epicenter, he was bringing his designs to Moscow, Tokyo and Beijing, doing more to erode international boundaries than any designer of the day.

This news story originally appeared at Fashion - on 14 May 2022

How Did Famous Designer “Pierre Cardin” Passed Away??

You Can Charge Your Tesla Using A Rivian R1T: Here’s How