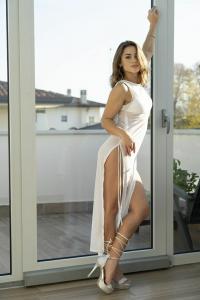 LFC Madness 3 finalist, Ambra Pixie, is coming all the way from Venice, Italy 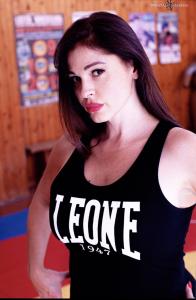 At the first two Booty Camp events, our veterans may have taken the prospects a little too lightly.”

LAS VEGAS, NEVADA, USA, April 27, 2022 /EINPresswire.com/ — Lingerie Fighting Championships, Inc. (“LFC”) (OTC Pink:BOTY) is preparing for their next event in Las Vegas on Friday May 13 at 7pm PT. LFC36: Booty Camp 4 will once again see some of the league’s hottest prospects testing themselves against established veterans.

“We’ve come a long way since the first Booty Camp event,” CEO Shaun Donnelly says. “At the time I kind of thought it would be a one-off but in the past few years we’ve had so many new fighters sign up we’ve made it a regular event.”

While some newcomers on the card, like Carmen Valentina and Kyla Keys, came up through the league’s developmental camp, others have a contest to thank for their inclusion. The league unveiled LFC Madness last year, a virtual bracket where 32 prospects go head-to-head and fans vote for their favorites. The last two standing fight for real at a Booty Camp event. To date 128 prospects have taken part including the fighters currently competing in LFC Madness 4. In addition to a contract with the LFC, finalists also win thousands of dollars in jewelry courtesy Boston Diamonds & Bling.

“It’s exciting to see all the international fighters we’ve been attracting lately,” Donnelly says. “LFC Madness has opened the door to fighters from all over the world.”

LFC Madness 2 finalist, Sheena Bathory who debuted with a win at LFC35: Booty Camp 3D and will also be on the LFC36 card, comes all the way from Budapest, Hungary. LFC Madness finalist Bella Rockafella is from South Africa although she trains in Omaha, Nebraska these days. She also debuted at LFC35 and will fight again at LFC36.

“At the first two Booty Camp events, our veterans may have taken the prospects a little too lightly,” Donnelly says. But after several prospects shocked veterans by winning at Booty Camp 2 & 3D veterans were put on notice that these prospects are no joke. “I know our veterans are training for this event as seriously as they do any other.”

All 8 LFC Madness finalists are expected to be on the LFC36 card on May 13. Some will fight veterans while others will fight fellow finalists in a sort of round robin.

As with the 3 previous Booty Camp events, the main event will be an all-veteran affair as Jenny ‘Bloody’ Valentine (7-4) will attempt to defend her Booty Camp title against the LFC’s first ever two-belt champion Jolene ‘The Valkyrie’ Hexx (24-7-1).

“It’s going to be an exciting night,” Donnelly says, “with a great mix of veterans, prospects and contest winners alike.”

The public filings of LFC may be accessed at the SEC’s Edgar system at www.sec.gov. Statements herein are as of the date of this press release and should not be relied upon as of any subsequent date. LFC cautions readers not to place reliance on such statements. Unless otherwise required by applicable law, LFC does not undertake, and LFC specifically disclaims any obligation, to update any forward-looking statements to reflect occurrences, developments, unanticipated events or circumstances after the date of such statement.