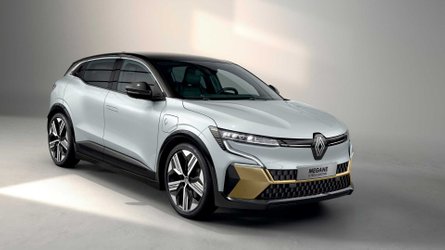 Groundbreaking changes emerged on the horizon ahead of the Renault-Nissan-Mitsubishi Alliance due to the challenging global situation and electrification.

According to Reuters, Renault is considering separating its electric car business from the rest of the company, potentially through an IPO. The move sounds similar to the one announced by Ford, which separates electric vehicles from internal combustion engine vehicles.

“French carmaker Renault said on Friday all options were on the table for separating its electric vehicle (EV) business, including a possible public listing in the second half of 2023.”

In the case of Renault, the company knows that there are high investments in electrification ahead, while the current situation in Europe (its main market) is very difficult. On top of the shortage of semiconductors (decreased production), there is the Russian invasion of Ukraine, which forced the French manufacturer to suspend its industrial activities in Russia and consider sales of its stake in AVTOVAZ.

Bloomberg reported that Renault is also exploring a reduction of stake in Nissan (currently at 43%), which would help it to secure financing in the near future. The value of shares is estimated at $7.6 billion. If Renault would lower its stake to 15% (the same as Nissan has in Renault), then it would get some $5 billion at current prices.

“Renault Group is considering selling part of its Nissan stake, a move that could raise billions of euros for its shift to electric vehicles and ease long-standing tensions with its alliance partner, people familiar with the matter said.”

The two companies are closely related through a 23-year-old Renault-Nissan-Mitsubishi Alliance (Mitsubishi is controlled by Nissan). There is a big chance that the shape of the alliance might be significantly modified.

Both Renault and Nissan are busy with the introduction and ramp-up of their first all-electric models based on the CMF-EV platform. In the case of Renault, it’s the Renault Megane, while in the case of Nissan, it’s the Nissan Ariya.

It will be very important for the alliance to succeed with those new models, especially since the competition is pushing very hard with BEVs.