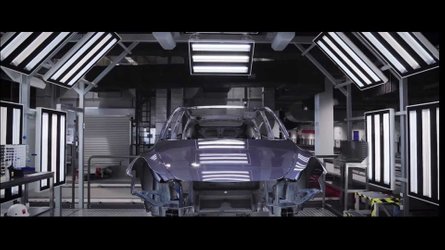 As we reported just a few days ago, Tesla was working on plans to remain in the current closed-loop system until mid-June. It was suggested by Bloomberg – based on information from anonymous sources familiar with the matter – that workers would transition from sleeping in the factory to a dormitory-style situation to keep the closed-loop system running until June 13 for now.

Fast-forward to the present, and Bloomberg has provided a follow-up article with more details, which were shared by Teslarati. According to the new information, thousands of Tesla Giga Shanghai workers will be quarantined at a military camp and at unused factories in the area around the China factory.

The old campsite and the factories will have mobile restrooms and showers available for workers to use. Tesla will transport the employees to and from the factory each day using a number of buses.

Bloomberg also reported that the government has mandated second-shift factory workers to quarantine from some 48 to 72 hours before they’re approved to become a part of the factory’s current closed-loop setup, which has already been underway for a time.

Following the short quarantine period, Giga Shanghai’s second-shift employees, along with other first-shift workers who are already living at the factory in the closed-loop system, will be moved to the new housing. Teslarati notes that workers have been covering 12-hour shifts six days a week since the original closed-loop plan was implemented.

Tesla’s Giga Shanghai was shut down for several weeks in March and April 2022 due to strict COVID-19-related lockdowns in China. It reopened around the middle of April, and second-shift workers were supposed to return to the factory on May 16, though the plan was delayed.

While only running one long shift, Tesla produced some 26,000 EVs at Giga Shanghai since it reopened, and it has already made multiple export shipments. Teslarati shares that Tesla can build about 1,200 cars per day with a single shift, though that figure could jump to 2,600 per day with the addition of the second shift.