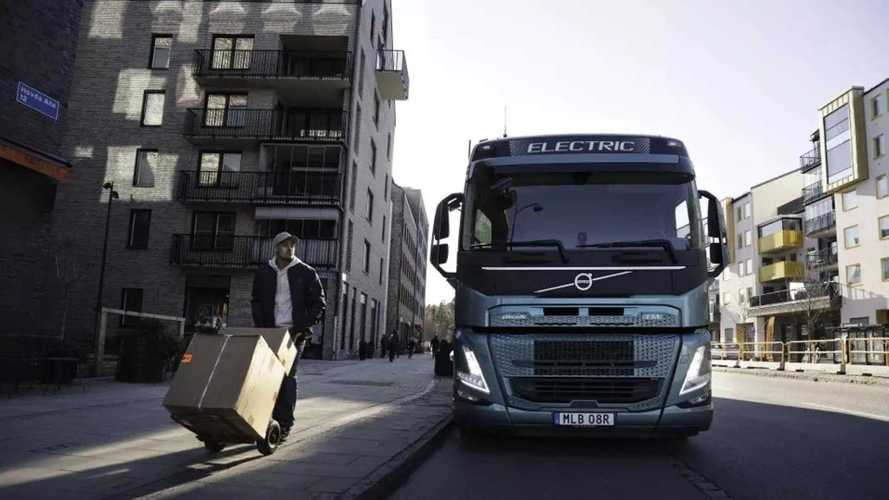 Volvo Trucks has just announced the sales start for its three-strong lineup of electric trucks, the FH, FM and FMX. Tractor models will enter production first, but rigid versions will join them towards the end of 2022, giving the truck manufacturer the widest range of heavy duty electric vehicles in Europe.

The FH Electric and FM Electric are seen by Volvo Trucks as versatile electric haulers for local (i.e. short) transport duties. The FMX Electric is more capable off-road, so it can be used in a wider range of applications, although it is primarily aimed at the construction industry.

Orders for its electric trucks began rolling in months before the official start of sales, according to the manufacturer. Volvo Trucks says it has had over 1,100 inquiries from 20 countries, including letters of intent to buy.

According to Roger Alm, President of Volvo Trucks,

This is a milestone for Volvo Trucks. There is a lot of interest from customers to place orders for these fantastic trucks. Until now we have mainly offered customers and partners to sign letters of intent to buy, but now we start to sign firm orders, which is a major step forward for electrification.

These are not the first electric Volvo trucks, though. First were the 16-ton FL Electric and 27-ton FE Electric introduced in 2019 as vehicles for local distribution, garbage collection, as well as possible urban transport applications. With battery packs ranging between 100 and 300 kWh, the lighter FL can do a claimed 186 miles (300 km) on one charge, while the heavier FE only musters 124 miles (200 km) WLTP.

Next, in December 2020, came the VNR Electric model built in the US for the North American market, available in many configurations, initially with a 264 kWh battery pack. Volvo Trucks subsequently gave it bigger batteries (375 and 565 kWh), that in the 4×2 increased the claimed range from 150 to 230 miles.

In total, with the three new additions, Volvo Trucks has a total of six electric trucks (albeit all just electric versions of diesel trucks for now), but it wants half of the trucks it makes to be electric by 2030.