With the Release of Baz Luhrmann’s ELVIS, Lansky Bros. Continues to Play Key Role in the Birth of Rock ‘n’ Roll 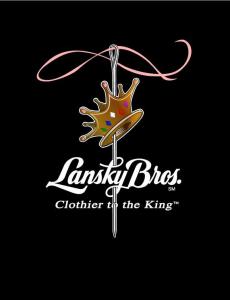 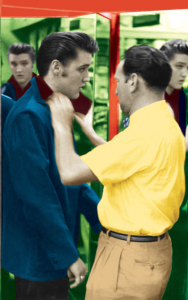 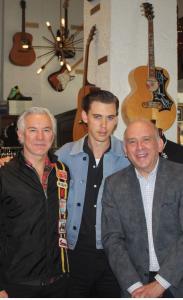 Elvis was a trendsetter and Lansky Bros. was there from the beginning helping Elvis define his authentic style. “Come on in, young man!” said Bernard. His gesture of kindness to the young man looking in his store window on famous Beale Street in downtown Memphis, Tennessee led to a friendship that lasted a lifetime and gave the future King of Rock ‘n’ Roll the confidence he needed to dress and perform in his own style.

The offerings at Lansky Bros. contrasted starkly to the clean cut and traditional styles popular with midcentury Americans. Lansky Bros. featured colorful window displays with bright colors and flashy designs that were intended to pop on stage.  This, of course, was precisely what would catch the attention of a young Elvis Presley in 1952. However, it wasn’t just Elvis who was mesmerized by the glitz and glamour of Lansky Bros.’ stage clothing. Johnny Cash, Carl Perkins, and Jerry Lee Lewis were all shopping at Lansky Bros. in the fifties and sixties.

Lansky Bros. outfitted Elvis for various television appearances and historic performances such as the Louisiana Hayride. When Elvis needed the right clothes for his appearance on The Ed Sullivan Show, he headed straight to Lansky Bros. Bernard recalled, “We knew he should be wearing something different from what other entertainers were wearing. We tried everything on him and made doggone sure he looked right, ‘cause on stage you’ve got to make a presentation.” With millions of people tuned in to The Ed Sullivan Show on the night of September 9, 1956, Elvis donned black trousers with a plaid jacket, an outfit that stood out even on the black and white TVs of the time. This performance ignited Elvis’ career and sealed the relationship between Elvis Presley and his clothier, Bernard Lansky at Lansky Bros.

Since the ‘50s, Lansky Bros. has been a magnet for celebrities looking for new additions to their wardrobe. From musicians, movie stars, athletes, politicians, and even local celebrities, Lansky Bros. never knows who is going to walk through their doors. And when someone famous walks in, Lansky Bros. does their best to make sure they are styled to stand out.

“Fashion is cyclical meaning what goes around comes around,” says Bernard’s son, Hal Lansky, who carries on the Lansky Bros. legacy along with his daughter, Julie Lansky. “Elvis’ style is still relevant because there are new generations still discovering his music and influence on style. To this day, we still see customers from around the world walking through our doors wanting to discover Elvis’ favorite store and to meet me. They all want to shake the hand that shook the hand that shook the world. They are fascinated that I was the delivery boy who would deliver my father’s stylish clothing to Graceland for Elvis to wear. Our credibility as a fashion institution was established by one man who became the King of Rock ‘n’ Roll but we are still relevant in today’s fashion industry by still evolving and adapting to the latest trends and styles.”

The Lansky family has cultivated a legacy that is three generations now, and is still operating clothing stores in the lobby of the historic Peabody Hotel in downtown Memphis.

About Lansky Bros. of Memphis:

Beale Street beginnings, 1946: “Son, here’s the world. Now go and get it.” Bernard Lansky’s father gave him advice on his 18th birthday telling him that he could conquer anything as long as he worked hard. Bernard’s work ethic was inherited from his father and with this his entrepreneurial spirit was born. Bernard started his business by sensing that there was a void in the Memphis market and his willingness to adapt and change over the years is part of Lansky Bros. storied success. From an army surplus store to high fashion clothing where noted Memphis musicians honed their style, Bernard Lansky paved the way and that’s how Lansky Bros. earned credibility in the fashion industry across the world. Lansky Brothers has four retail locations in the historic Peabody Hotel, open daily.